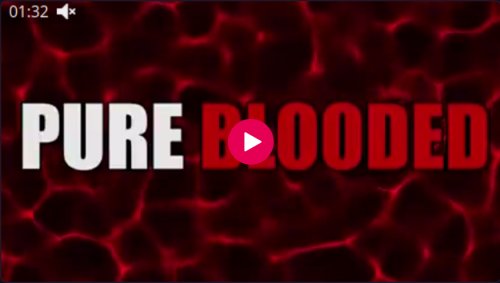 Native Australian Elder, June Mills, crying out for information: “We haven’t heard anything from the people in Binjari, or Robinson River. We want to know what’s going on!?” “They are killing us”. “It’s a programme of elimination”.

Australian Army Removing People Against Their Will 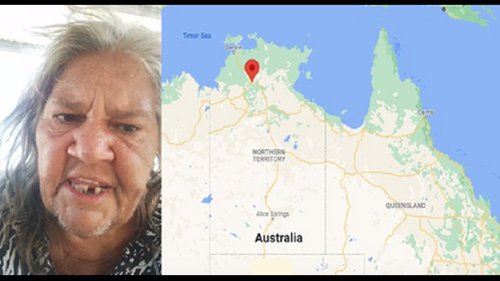 This was clearly what the Featherfoot‘s daughter told me:

“Right now what is necessary for us is returning; everything is coming together again. The spirits of our ancestors gather in our dreams. They guide us and bring us what we need and will need. You can betcha that something big is about to happen.”

Of course you know it’s all about a lethal virus that nobody can find? Course you do. You’re not a mind controlled cowardly twat or a tyrant bent on destroying common sense, critical thinking and humanity’s hard-won freedom:

Dr Sam Bailey: I had a fascinating interview with Dr. Tom Cowan, we discussed: 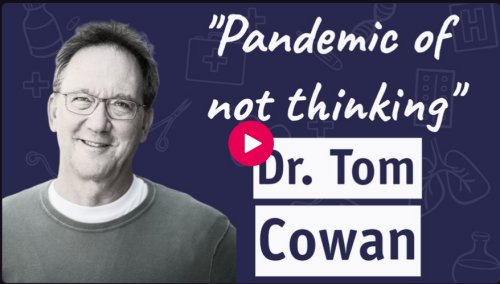 GreenMedInfo: Slovenia’s regulation forbidding people without ‘COVID certificates’ from pumping fuel shows governments are getting increasingly creative in their coercion.

It’s hard to know what’s real and what’s fake on the internet these days. So when I stumbled on a Twitter post that claimed automobile drivers in Slovenia were forbidden from pumping gas without a COVID certificate, I was skeptical.

All the tweets I found were screenshots of a single story published by TV N1 Zagreb, a news partner of CNN. Attempts to find information of this alleged regulation on the Slovenian government’s website didn’t go well (I don’t read Slovenian!), but I was able to find another story published by a separate Slovenian news organization.

Unfortunately, it appears the story is not a Twitter hoax. TV N1 Zagreb offers these details.

No Gasoline Without ‘COVID Papers’? It’s Already Happening in Some Parts of the World

Because she stands for truth and individual human sovereignty over their own bodies and health, Dr. Judy Wilyman has been beset with death threats. She was not to be stopped from presenting as the guest speaker at the rally against the no jab no school demon diktat in Perth.

What these insane mindless dolts and accomplices don’t understand is that those challenging this evil are divinely assigned. They are not going to stop exposing them and their dark deeds and ambitions. Again (I repeat myself – something I detest doing)…this is a winnowing, a divine test. The instigators are evil, yes…but they too have a divine charge – to expose those with spirits that are no longer capable of their commission by every temptation and threat. Death is an illusion and a nonsense. Every spirit can know that, should know that. We have all lived before. It is never too late to redeem yourself – it just takes resolve and dedication to make amends and do what’s right, regardless.

WA REAL: In 2015, after leaving a 15+ years being a science teacher and following her curiosity and concern sparked by observing an abnormal rise in allergies and learning disorders in the children she was teaching, Dr. Judy completed her PHD entitled ‘A critical analysis of the Australian government’s rationale for its vaccination policy’.

What followed was nothing short of a drama out of Netflix – intense media scrutiny, actives steps to discredit her, lobbyist pressure to remove her PHD from the University of Wollongong’s Library and website and much more.

In this conversation Dr. Judy explains vaccine theory, ‘undone’ science, the lack of rigorous and legal accountability surrounding vaccines as well as the numerous conflicts of interest that pervade the Australian Scientific and Government Regulatory and decision-making bodies.

#158 A Question of Medical Freedom and Sovereignty over our own Body – Dr. Judy Wilyman

Jon Rappoport, No More Fake News: Zero Hedge, November 22, 2021: “The Australian army has begun forcibly removing residents in the Northern Territories to the Howard Springs quarantine camp located in Darwin, after nine new Covid-19 cases were identified in the community of Binjari. The move comes after hard lockdowns were instituted in the communities of both Binjari and nearby Rockhole on Saturday night.”

Down the Chupacabra Hole: For the first time in history, mRNA vaccines are being utilized on a mass scale. Global governments demand every man, woman, and child receive the experimental infusion. Authorities claim such measures are for ‘public safety’ yet the drug manufacturers admit their products do not prevent transmission or infection of COVID-19. Reports of adverse reactions reach unprecedented heights with every passing day. Countries with the highest inoculation rates have recorded significant spikes in heart conditions, blood clots, and strokes. Many concerned bystanders who oppose the medical mandate are asking themselves: why the push? One Argentinian researcher believes she knows the answer.

Doctor Issues Dire Warning to the Vaccinated: You Are Now Patented Property

American Heart Association: Our group has been using the PLUS Cardiac Test (GD Biosciences, Inc, Irvine, CA) a clinically validated measurement of multiple protein biomarkers which generates a score predicting the 5 yr risk (percentage chance) of a new Acute Coronary Syndrome (ACS). The score is based on changes from the norm of multiple protein biomarkers including IL-16, a proinflammatory cytokine, soluble Fas, an inducer of apoptosis, and Hepatocyte Growth Factor (HGF)which serves as a marker for chemotaxis of T-cells into epithelium and cardiac tissue, among other markers. Elevation above the norm increases the PULS score, while decreases below the norm lowers the PULS score.The score has been measured every 3-6 months in our patient population for 8 years. Recently, with the advent of the mRNA COVID 19 vaccines (vac) by Moderna and Pfizer, dramatic changes in the PULS score became apparent in most patients.

Dolores Cahill holds an honours degree in Molecular Genetics from Trinity College Dublin and a PhD in Immunology and Biotechnology from Dublin City University. Dolores has received international recognition for her biomedical research.
On today’s show, Professor Cahill discusses:
What’s the reality of adverse reactions to covid jabs?
Are the jabs harming pregnant women?
Will the jab eventually be compulsory for everyone in the UK?
What can we do to stop the roll-out?
Read more on Dolores Cahill at www.worlddoctorsalliance.com 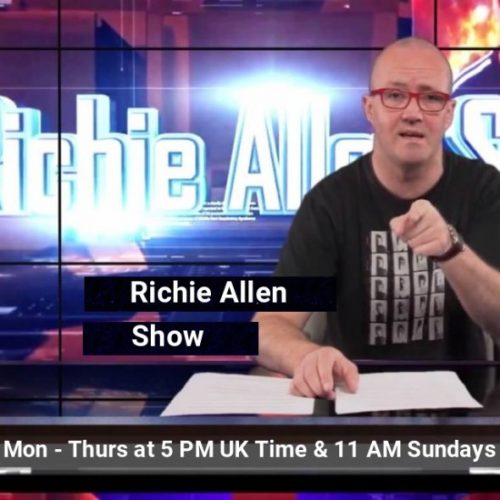 Jon Rappoport, No More Fake News: Daily Mail, November 18, 2021: “Dr. Anthony Fauci, the director of the National Institute for Allergy and Infectious Diseases, said waning immunity from the initial shots is leading to a rise in severe cases among immunized Americans. ‘What we’re starting to see now is an uptick in hospitalizations among people who’ve been vaccinated but not boosted’…”

NY Times podcast, November 12, 2021; Fauci states: “They are seeing a waning of [vaccine-induced] immunity not only against infection but against hospitalization and to some extent death, which is starting to now involve all age groups. It isn’t just the elderly.”

Translation: The vaccine is severely injuring and killing MANY people, but of course we’re calling those injuries and deaths “COVID-19 disease.” Also, our solution to this catastrophe is piling on MORE injections (boosters), which will hospitalize and kill even MORE people.

A pandemic of the vaccinated – And to keep the REAL pandemic going, we must have vaccine mandates and passports and crackdowns on the unvaccinated

Richard Sauder, Event Horizon: I was just watching the following YouTube video by a Christian prophetess, and parts of what she said definitely got my attention, because they correspond with what has also been revealed to me.

The Days of Humankind Are Numbered

James Corbett: Getting Off the Electrical Grid – #SolutionsWatch: 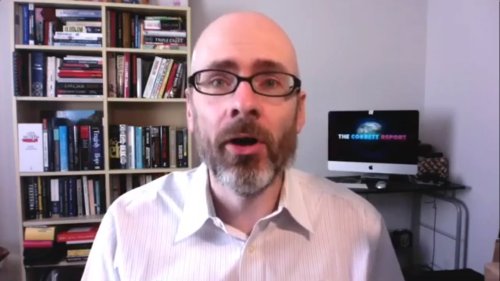 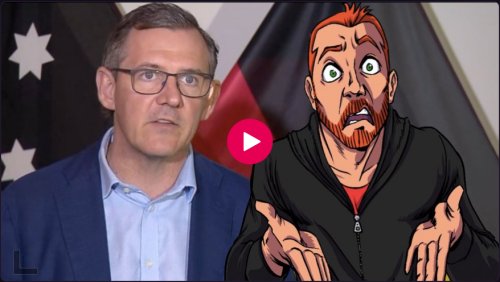 Heartbreaking – they’ve been the good guys for so long:

The Salvation Army Canada — a church, and one of the largest social service organizations in the country — has implemented a policy that requires all of their officers, employees, contractors and volunteers to be fully vaccinated for COVID-19. Those who do not comply will be laid off without pay on November 15, and be unable to serve their communities through their positions with the organization.

Richard Dolan: Intruders may have been the most powerful of all the books written by the late alien abduction researcher, Budd Hopkins. The main subject of that story, Debra Jordan-Kauble, appears with Richard to discuss her incredible case. Debra and Richard are both featured in the new documentary, The Observers.

FREEDOM IF YOU WANT IT 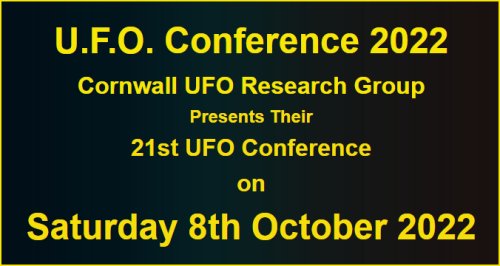