END_OF_DOCUMENT_TOKEN_TO_BE_REPLACED

Protect Wales’ National Parks…..
Download and read (for FREE) the latest issue of Phenomena Magazine…..
Sick of TMay.. Vote in your millions on Thursday vote for Jeremy Corbyn…..
The Mirror and The Noise

END_OF_DOCUMENT_TOKEN_TO_BE_REPLACED

This first item contains extremely heavy-duty and sickening detailed testimony. I have no idea of the veracity and remind you of the caveat that is posted on the top right of this page (‘Read this’). This is not a weasel distancing but a necessary precaution. The depths of depravity that demons’ possessed people can manifest are limitless. To comprehend this is all you need to know in regards to why the world is in such a state. If you are already cognisant it is not necessary for you to read the article and its links but please do not dismiss, or veer around like an automaton, the burgeoning confirmation of ancestral warnings of this lurking deepest evil that is blighting this world and that is responsible for everything that is wrong with it:

On Monday 9:30 pm BST, CCN airs The Candy Girl Documentary before the weekly show We Are The Ones We’ve Been Waiting For, hosted by Eilish De Avalon, who then follows up with an interview* with Fiona Barnett, with Satanic Ritual Abuse whistleblower, James Shanahan at 11 pm BST, who comes out for the first time with his own experiences with us here on CCN.

Throughout her childhood, Fiona Barnett has experienced the most horrific abuses at the hands of Australia’s Elite Paedophile and Child Sex Trafficking Ring. Fiona Barnett offers her own testimony as a survivor of Australia’s VIP Satanic Ritual Abuse, where she was a victim of child sex trafficking prostituted to paedophile parties at Parliament House, in Canberra, Australia, and a military leader at Fairborn Military Airbase amongst other notables such as Antony Kidman, Nicole Kidman’s father.
VIP Satanic Ritual Abuse in Australia

END_OF_DOCUMENT_TOKEN_TO_BE_REPLACED

I awoke on Monday to a text. Ziggy Stardust has died. It was cryptic, but I knew what it meant. Bleary eyed, I rolled over, switched my computer on, hit the Internet and sure enough, Bowie had left the planet. And then it hit me; Friday’s show, his birthday, the chart. I talked about Bowie’s death. It was in there. I saw it, didn’t want to see it, but I saw it. After decoding his transits, I said, “Let’s appreciate him while we can.”

Then the texts and FB messages came in, “OMG you called it on your show.” It’s strange to have had that moment in time last Friday and gazed into the wheel. I had been connected to Bowie from the first time I heard, then saw him.
So Long David, Seeing Your Passing, On the Day of Your Sun

END_OF_DOCUMENT_TOKEN_TO_BE_REPLACED

It appears to be snowing on here (must be a WordPress thang), but there’s a warm front on the way:

Thank you to everyone who attended my talk at New Horizons, in St Anne’s, on Monday night. It was a great turn out and great to meet you all.

To help with funding their professional and first-class, events (they only charge 3 quid entrance fee), the organisers of New Horizons sell DVDs of the presentations. The one for my talk will be available soon. – Ellis

END_OF_DOCUMENT_TOKEN_TO_BE_REPLACED

There were some visual and auditory anomalies, which were noticed by nightavis, who occasionally writes for this website.

END_OF_DOCUMENT_TOKEN_TO_BE_REPLACED

The latest issue of the Fab & Free PHENOMENA MAGAZINE, is now ready for you to download and enjoy.

Once again Phenomena Magazine arrives, all fresh and feisty, in your inbox and once again it is packed full of articles, reviews and news from the genuinely strange world in which we live. In this edition we hear about a bewitched Celtic necklace, Pat Bussard and Ken O’Keefe look at the bizarre link between the paranormal and UFOs, and there’s a report from Hannah Barrick concerning the redoubtable Ghost Circle. Paul Williams discusses  feral children, and there’s part two of an excellent three part article on Ufology from Peter Robbins,  Paul Dale Roberts tells of  the abundantly haunted Holbrook Hotel and finally we have another UFO themed item (a lot of UFOs in this issue) from John Ventre. Once again, we really do appreciate feedback from our readers, so please, please, feel free to get in touch and tell us about your thoughts and encounters at this email address. See you next month

A common thread throughout these major mass media events involving brutal murder and multiple victims is the fact that survivors and bystanders often times find the circumstances quite amusing, even at times breaking out into fits of hysterical laughter. I’ve provided a few examples here.
Mass Shootings: Did We Miss The Punchline?

END_OF_DOCUMENT_TOKEN_TO_BE_REPLACED 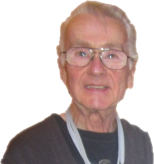 Brian Allan is a prolific author of exceptionally researched books on the paranormal and new science and a passionate and uncompromising investigator and commentator on all things mysterious. A formidable and true Elder Statesman of paranormal research.

He is the editor of the fabulous, free online magazine, Phenomena: www.phenomenamagazine.co.uk

I have been involved with the subject of Ufo’s and Ufolgy almost since the very beginning of the phenomenon, which from our perspective was the early 1950’s, although the origins of Ufology seem to date back to the beginnings of the human race. In that time I have witnessed almost seismic changes occur in how it is viewed by the public.

This has included everything from the assumption that anyone who believed it possible was certifiable, to puzzlement, then cautious acceptance and eventually indifference. My own views have changed markedly as well: where originally I was all for the extraterrestrial hypotheses (ETH), over time this altered to the psychosocial hypothesis, then finally that it is all part of the much wider subject of the paranormal with all that implies.

I say that based on my own ‘hands on’ experiences in both Ufology and the paranormal and have encountered many examples where there was absolutely no difference in what was being described other that in the circumstances surrounding the encounter and the inclinations of the person(s) involved. In addition to my own investigations I have discussed both subjects and how they overlap with many knowledgeable people and experiencers, but, as is the nature of the subject, there are still parties in both camps unable to see the connections between the two and make no mistake about it, they are there if you look!

In this article I consider a few of the anomalies presented by both the extraterrestrial and psychosocial hypothesis. I also try to make the case that even if ETs are viable, they might not even originate in this universe. From the perspective in this article I play Devil’s Advocate and ask a few rather awkward questions.

END_OF_DOCUMENT_TOKEN_TO_BE_REPLACED

The latest issue of the amazingly FREE Phenomena Magazine is now available to download.

Here we are again, this time with an exclusive report from the USA by Pat Bussard on the 2015 International UFO Conference and as you will see all was not exactly sweetness and light amongst the speakers and staying with UFOs, Sean Casteel tells of strange encounters reported by celebrities. We also look at the legendary land of Hy Brasil and we also have part two of David Colman’s account of the experienced sceptic and th Rev Wendy Brindly tells of ghostly encounters in Hampton Court Palace. Finally, your editor gives an account on the subject of Orgone energy and the shabby way in which Wilhelm Reich was treated by the US medical fraternity.

Dr. Robert Lanza, who was selected by Time magazine as one of the world’s 100 most influential people last year, believes science must recognize the importance of human consciousness.
Quantum physics has proven contradictory to classical, Newtonian physics, setting scientists on the search for a “Theory of Everything” to bridge the chasm threatening to swallow any confidence we have in our scientific understanding of the world.

Prominent Scientist Says Consciousness Is Key to a ‘Theory of Everything’

A free article from Stratfor about quantum physics, parallel worlds, a cat in a box or is it, and where it’s going with computer technology – so transhumanism (thought I’d add that last bit).

Forget the hype that vegan food tastes like cardboard, it must be good if the company Google is seeking to buy out a faux cheeseburger company.
As reported by The Information, an unconfirmed report has it that Google recently tried to purchase Impossible Foods, a startup founded by Stanford University professor Patrick Brown. The offer, reported to be around $200 to $300 million, was turned down, however.

A government-backed study recently published in the UK has equated “conspiracy theorists” with violent terrorists, saying that belief in alternative viewpoints could be a warning sign of terrorist activity. The author of the study, Quassim Cassam, a professor of philosophy at the University of Warwick, also said that people who believe in alternative viewpoints have a potential of joining ISIS.