Call by again today – new items and updates often added every day, throughout the day.

Could the scientific establishment have possibly gotten this story wrong? | The Viral Delusion

Often quoted by the Putin administration, Ivan Ilyin is a popular Russian philosopher whose reflections on the family were discussed as being extremely beneficial to today’s society in an article on PK-Semya.ru.

This article is translated below, and as it was machine translated we apologize in advance for any errors.

It was in 1974 that my family entered the USSR through Finland and drove from what was then Leningrad to Moscow, down through Kiev and all the way to Lake Bled, Slovenia, in what was then part of Tito’s Yugoslavia.

The West’s “moral presumption” that it is saving the planet is actually driven by a hatred of humanity, Clinical Psychologist Dr Jordan Peterson says. Dr Peterson told Sky News Australia host Piers Morgan as a result, the West is now hoisted on its own petard of “foolishness and moral presumption”. “We’re saving the planet … I don’t think so,” he said. “All the measures you’re putting in place are actually making the environmental problem worse. “It’s just like what George Orwell said about middle-class socialists 50 years ago – it’s not that you love the planet, it’s that you hate humanity.” The public intellectual said how foolish western leaders were to sell the soul of the West for Russia’s oil and gas in an effort to “raise our moral stature” in saving the planet. “You cannot win against someone you cannot say no to,” he said. “And we can’t say no to Putin, because we sold our soul for his oil and gas – and we did that to elevate our moral stature in relationship to saving the planet. “So here we are, facing a very dire winter.”

‘It’s not that you love the planet, it’s that you hate humanity’: Dr Jordan Peterson

Good on you GB News. You are a brightening light in the UK’s rancid media darkness, but the title of this video is a bit weaselly. “Healthcare workers”? They’re a bit more credentialled and up on the whole subject than that! Professor Angus Dalgleish is the Principal of the Institute of Cancer Vaccines and Immunotherapy, and Dr. Elizabeth Evans is the co-founder of the UK Medical Freedom Alliance. – Ellis

Britain’s new finance secretary, Kwasi Kwarteng, has been the target of criticism and even a request for an inquiry after it was revealed he was at a private party with mutual fund or vulture fund directors before he unveiled the controversial tax cut plan for higher rents.

Growing a parallel bartering-based economy is a long, ‘painstaking’ process

In this lengthy 2hr+ video, David Griffin of Exopolitics UK speaks about several areas of fascinating topics, from the plethora of strange deaths at the UK’s super defense company, as was, Marconi in the 1980s, the Falklands war of 1982, and the links with a bizarre event, that was brought to note with the Gulf of Mexico 2010 disastrous oil spill. David shares his two years of research which helped join some dots for me, and made some unlikely connections between all of these events. Regarding the Marconi deaths and the company itself – Hilary Porter in my two part interview talks about the breach of Marconi’s top secret area, when she worked there, and you can see those on my YouTube channel, and there is much more she has to say about her experiences, not to mention her ex-husband’s real time involvement with the Australian failed missile launch in Woomera in 1964, due to the arrival of ET…yes you did read that correctly… This is food for thought, and worth the time. There is more to say, but I’ll let you watch the video…

My comment on the video: I did watch this when it was first published Joanne, and look forward to watching it again. Can’t recall if I’ve told you or Hilary but I had a strange (possibly connected) incident involving Dean Warwick, just before he was murdered at the Probe International Conference. I’d just given my talk when he approached me, congratulated me and said he’s like to share something (secret) with me. He never did, someone else immediately joined us, he went shtum and not long after that died on stage. I talked about this a few times in presentations and interviews (maybe in the interview with you). Anyway, I felt it was to do with the Solway Firth spaceman incident (), and its connections to Woomera. It could be in my Repcon speech, which is on one of my Odysee channels, @otherworldjourneys. I also wrote to David Griffin after this interview to tell him about a friend of mine (an acknowledged maths and science genius) who vanished many years ago, but he never replied. 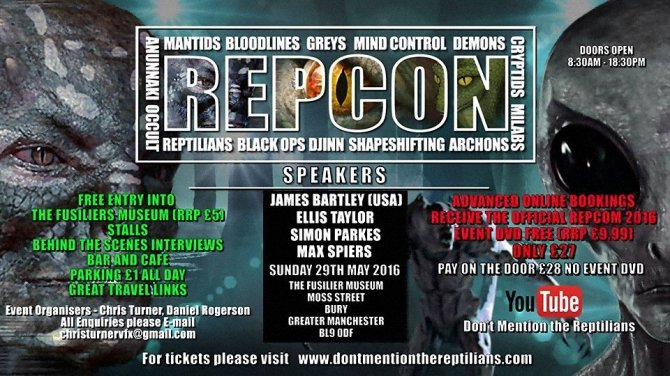 My comment: Right on Andrew…except many people are waking up to the fact that harmful viruses have never been proven to exist either – let alone a Wuhan one (See the actual research of doctors and scientists like the Baileys, Cowan, Lanka et al).

I Count Them Mine Enemies

Whilst you stayed at home and believed you were protecting the NHS, your Government was deliberately making decisions that would ensure thousands of the elderly and vulnerable would suffer premature deaths in care homes.

Without those deaths, you would have questioned the logic of ever staying at home to decimate the economy and destroy lives. What your Government did amounts to murder. But they covered it up with lies that they had all died of Covid-19.

Now official documents that were meant to be kept secret have been released under the Freedom of Information Act, and they reveal that the forced euthanasia of the elderly and vulnerable in response to a pandemic had been years in the planning.

While you “Stayed at Home to Protect the NHS”, your Government killed the Elderly & Vulnerable, then lied by telling you they were COVID Deaths; & Documents prove it was years in the planning

Excess mortality in post Covid Europe is increasing at an alarming rate. We now have record excess deaths. What is going on here?

Why Are All Those People Dying? | Record Excess Deaths In Europe

Can’t say I’m happy with Dr. McCullough but maybe you are. I don’t know anything about Dr. Cole.

Went off half cocked because of their panic, triggered by the huge vote (far larger than admitted) by the British to leave the EU.

The audience of “the human power elite” collaborators at what could easily be a W.E.F. function, where they are told that by the year 2025, America and the entire planet will be under the ‘protection and dominion’ of the power alliance.

The BIG RESET – Full Movie 2022 – The biggest hoax in human history? Find out what the pandemic was really about.

www.insiders-world.com – the best community of like-minded people growing by the day!

The BIG RESET – Full Movie 2022 – The biggest hoax in human history? Find out what the pandemic was really about.

What Queen Elizabeth actually died of (it wasn’t “old age”)

Women Sex Slaves of the Catholic Church is a very important documentary about a serious taboo that has been broken recently. The film shines a light on sexual abuse of nuns by priests and reveals that thousands of nuns were sexually abused for decades by priests around the world. Women have endured years of sexual predation, becoming pregnant, being forced to have abortions. Here they openly testify and break the “omerta” on a subject that has been drowning in the Catholic church for decades.

I am shocked at the author, Russell Edwards who is saying he has found Keith Bennet’s body. It isn’t. Brady left no clues. Everyone had letters about, Eagle Rock and the Reservoir. Not just Jean. Drop the ambition to be the next Columbo! I call Russell – Brian in this – Thought his name was ‘Brian’ Edwards.

Irish teacher Enoch Burke has been arrested and jailed after refusing to use a transgender student’s preferred pronoun, “they”, in the classroom.

This insane step by Irish authorities must be called out for what it is: the unhinged intimidation of an educator by demented ideologues.

Please add your name to our urgent message to the High Court today.

Free Enoch Burke, the teacher jailed after not using teen’s “they” pronoun

The investigator who revealed Jimmy Savile’s prolific paedophilia has said that he is working – and has been for some time – on exposing one other well-known living child sex offender.

Mark Williams-Thomas, the former police detective-turned-TV journalist who exposed Savile, claimed that the other individual has so far evaded justice because he is ‘untouchable’.

The truth about dosh.

Neil Oliver: ‘Now is the time to take back control of money – its creation, its value and its flow. By so doing, we can begin the task of regaining control of our world.’

Neil Oliver: ‘By taking back control of the money we can begin regaining control of our world’ 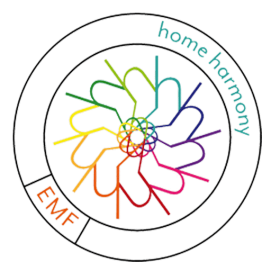 F*ck me! That covid is altering genes now and causing myocarditis – only in the wacced up mind.

Peeling back the layers of deception and obfuscation reveals a shocking truth that may not be all that shocking to our informed readers: Covid-19 “vaccines” are injuring and killing far more people than the government is letting on.

Estimates compiled from pieced-together data suggest that as many as 20 million people worldwide have died so far from the shots, while another 2.2 billion have suffered injuries – and we are only just getting started.

One of our readers has died.  His daughter has written us a letter to tell us his story.  We feel heartbroken for his family and pray they will find love, comfort and peace in these most difficult of times.

Officially, he was diagnosed with and died from Burkitt lymphoma cancer and a blood clot in the lung.

Letter to the Editor: Who in The UK Will Perform Autopsies for Suspected Vaccine Victims?

Psychologist and regular OffG contributor Todd Hayen recently joined Jerm of Jerm Warfare for a great conversation about being in the eye of the storm. His Off-Guardian piece titled War Of The Worlds formed the foundation of the following podcast.

“We live in two competing worlds”

Here we take a look at some interesting spiral formations, first within the grounds of Sydney University, then out to a location in Western Australia, only to find there is a connection between these two sites.

I’m frankly ashamed that I’ve only just recently learned about the Battle of Blythe Road, an actual real-life magical duel between WB Yeats and Aleister Crowley that ended triumphantly when Yeats dropped the magic act and just kicked Crowley down the stairs.

Jack Hargreaves introduces us to one of the most unpleasant creatures that has ever lived in the English Countryside, the acarus and shows how this creature is controlled. In the second half of the programme Jack explains the some of the history of English transport before the car. The programme comes from Old Country Series3 programme 16 and was originally broadcast on Channel 4 in 1984.

A most unpleasant creature and Jacks Battlesden Carts: