Welcome to our special in depth report on the new Unknown Cause of Death phenomenon!

UNKNOWN Cause of Death? Our Latest Propaganda!

Our leaders have destroyed lives, it’s time for them to take a walk | Neil Oliver

More info on the worldwide 2022 mass die-off is being cataloged here: https://timtruth.substack.com/p/massive-2022-worldwide-die-off

Last week, the United Kingdom became the first country to approve Moderna’s reformulated version of its Covid vaccine.  Bivalent Spikevax, which is claimed to target “two strains of the virus,” was approved by the UK’s Medicines and Healthcare Products Regulatory Agency (“MHRA”) with the support of the UK government’s Commission on Human Medicines.

In November 2020, over 18 months ago, in a video entitled `How they plan to bankrupt us all’, I warned that inflation was going to soar and that interest rates would rise dramatically. I repeated the warning in my book Endgame in March 2021 and then again in my book Social Credit: Nightmare on Your Street which was published in June 2022.

How did I know what was going to happen?

I warned about soaring Inflation and Interest Rates in 2020. So, what’s next?

Yesterday I had a fantastic conversation with Patrick Henningsen.

We talked about my recent ban from Twitter (he was banned long before me), cancel culture, and how outrageous it’s becoming.

As an aside, on the same day as my interview Facebook and Instagram Removed Robert Kennedy Jr.’s Nonprofit for Misinformation. I challenge those who refuse to listen to or read anything apart from the government sanctioned media to please try researching outside the box. Listen to my interview for a start.

These conversations always reenergize and inspire me to fight harder for freedom over tyranny, and I hope they will do the same for you.

Interview on the Patrick Henningsen Show 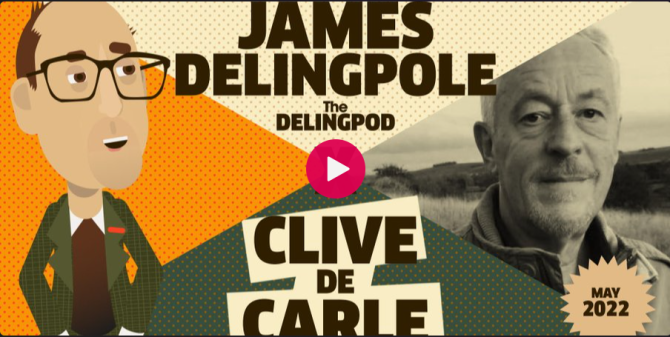 This video is a special release from the original Thinking Allowed series that ran on public television from 1986 until 2002. It was recorded in about 1989.  Numbers are more than abstract representations of quantity, but also have a qualitative dimension. Philosopher and inventor Arthur M. Young, author of The Geometry of Meaning and The Reflexive Universe has developed a “theory of process” which integrates science with ancient teachings. He discusses the descent of spirit into matter — and the ascent back to spirit –through four levels which correspond to point, line, plane, solid; fire, water, air, earth–and other classic fourfold patterns.

David talks to Kate and Neil about the fae, fortean, folklore and ireland… and why to walk safely with faeries