Reports are coming in from the western world’s premier petri dish, Western Australia (as I have been attempting to alert the world to, for 25 years or more) of sudden and swift EMF attacks targeting the unspiked, on public transport – particularly on Perth and suburbs trains. All of the correspondents were absolutely fine all day before feeling a strange hot and spikey wave hit the backs of their heads when inside the carriages, and immediate nausea, blurry vision and massive headaches ensued. Sore throats developed at once and they all found it very difficult to make the rest of the way home.

Looks like another try-out, folks. The maniacal non-human, SkidMark MaoClown and his inhabited coterie of orcs, have been injecting technology along with their entity populated toxic injections into most of the population. 5G has been activated, this and other culling systems swamp the train lines and metropolitan area. Possibly a bit of tinkering before this is rolled out to the rest of the world.

What they are calling covid and sars are a mixture of dark tech weaponry and ‘demonic’ attacks (which is why they use fake tests and cannot, and will never be able to, provide any physical evidence for their purported ‘virus(es)’). It is good practice to always call in and build spiritual protection every day, anyway. As well as this, there are material devices available that are claimed to protect against 5G etc, on the person and in the home and office.

Personal recommendation from somebody you know and trust is essential. It makes sense that the dark side will have already infiltrated this industry.

I can’t recommend these four, as I have no personal experience with them; however, other people have recommended them to me:

…and then there’s the chemtrails, a rarity in Australia, when i lived there; but still nobody looks up, well hardly anyone. This lady has:

The Exposé: A reader from writes about chemtrails in the skies over Sydney, New South Wales (“NSW”), Australia. “It is with immense sadness that I too have witnessed the endless assault in our skies,” she writes. “I think they must be doing the chemtrails at night now, as the morning skies reveal the abuse that’s taken place earlier.”

Letter to the Editor: I Live in Sydney and Our Skies Are Changing

Masks could become mandatory across Australia again as a looming Covid and flu crisis threatens to bring the nation to a standstill.

Nearly 250,000 Aussies have tested positive for Covid in the past week, with states including New South Wales, Victoria, Queensland and Western Australia, recording more than 8,000 cases in the past 24 hours.

See my opening editorial. It is completely engineered. 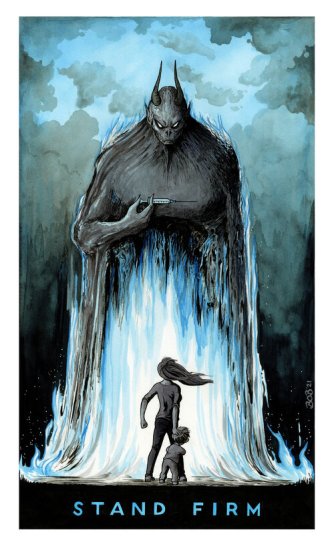 World Grieves Dr. Vladimir Zelenko
An Honorable Man Who Knew The Truth And Spoke It, As Gift And Sacrifice To Us All

Al Worden was an American astronaut and engineer who was the Command Module Pilot for the Apollo 15 lunar mission in 1971. He is one of only 24 people to have flown to the Moon.

The former Apollo 15 member said that not only were aliens real, but they had come to Earth in the distant past and created our civilization, and if we wanted to look for evidence, all we had to do was to look at ancient Sumerian literature.

In 2017, on a British TV show “Good Morning Britain,” he gave a shocking response when a host asked why to spend a lot of money on space missions when there are lots of problems on Earth. He was asked if he believed aliens were real. The answer probably surprised everyone watching the interview.

Live From The Shed:

James Topp finishes the last leg of his journey from Vancouver to the tomb of the unknown soldier today.

The Exposé: Letter to the Editor: For Those Who Doubt the UK Government Would Deploy Chemtrails – They Have Form

ABC REPORTS last night that the gov is going to move into CLIMATE CHANGE LOCKDOWNS very soon. Remember the c0v!d lockdowns – Operation Warp Speed – organised by the Military? Well they are going to be policing the CC lockdowns as well … is this the start of the Martial Law that was supposed to kick in, in July/August??

I’m not suggesting that we’re all suddenly going to die by Christmas.

What I am suggesting (and this is in some ways scarier) is that things are now moving so fast that unless we stand up and defend ourselves we will be too far along the road towards an existence built around the principles of social credit; too far along to stop progress towards the Great Reset.

Everywhere you look there is evidence showing just how fast the conspirators are making progress.

First, look at the global economy. 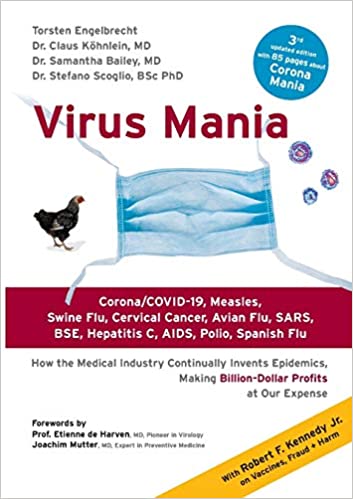 The Exposé: Your mission, should you choose to accept it, is to break into the most secure facility in the world. It is to break through every form of obfuscation that has prevented you from finding said facility thus far. Then you must break through every wall of deception within the facility itself, that prevents you from reaching the inner sanctuary, the citadel, the central tower of the castle. This is not a James Bond movie. The mission is not to blow up the sanctuary. It is more of an Indiana Jones movie. The mission is to see what the owners of the castle have been hiding from you for your entire life. It is to see who they are, who you are and what the real power game presently being played for your life is all about.

Mission Impossible 9: By a concerned reader

Exposing the Sinister Goal of the Shadow Government of the World

The Good Citizen: They insisted, “never again” about many tragic events of the twentieth century, and yet the world is dancing around another banker-orchestrated brother war with the conductors of global chaos keen to push it beyond the borders of Ukraine. They are quickly reaching their sell-by date and soon Ukraine will not be capable of doing much of anything no matter how many billions are gifted from failing empires.

Printing Widows: Is another banker-orchestrated brother war needed for their reset agenda?

James Topp inspired us all. Now what?

“Ellis, it’s a year ago since I met Mr. Friesen.  I agree 100% with what he says because it’s true.  One cannot ignore what is happening.

Can’t force a smile for Canada Day, just as I couldn’t force a smile when I walked away a couple days ago.  It’s impossible.” – From someone who has given a lifetime of dedicated selfless service to the Canadian nation.

Pfizer Documents Produced by the FDA in FOIA Litigation 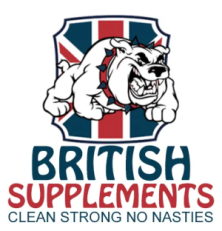 Live From The Shed: German politician @Christine Anderson, MdEP delivers a powerful Canada Day message to the Freedom Convoy, the guardians of freedom. The world will remember you for the heroes you are.

Canada – The Guardians of Freedom

Trudeau sprint-creeps away from the convoy

According to a recent Los Angeles Times article, there has been a lot of criticism lately about the hit sit com Friends’ “failure to be inclusive.”

At first, co-creator Marta Kauffman felt this was unfair, but now, Kauffman says she “realizes that it was a symptom of her internalization of the systemic racism that plagues our society.”

She went on to say, “Admitting and accepting guilt is not easy. It’s painful looking at yourself in the mirror. I’m embarrassed that I didn’t know better 25 years ago. ”

Why is she embarrassed?

The Hypocrisy of Woke Guilt

Ellis Taylor: How the numbers were designed and designated by priests, under orders, according to the creation story in the biblical Genesis. Calculated Mind control.

See how the numero-symbology programming works:

Numerosymbology and its dark & sexy secrets – a clip.

An archaeoastronomical analysis of stone circles and other megalithic monuments reveals that they were planned to be ritually observed and used at sunrise on eight portentous dates of the year—the traditional agricultural quarter days and cross-quarter days. The underlying concept is that of the Sacred Marriage or “fertility union” between Sky Father and Earth Mother or Mother Goddess. The presentation discusses results obtained at the great mound of Knowth, chambered long barrows, recumbent stone circles in County Cork and Aberdeenshire, and Stonehenge. Despite continuing diehard dogmatic obstruction by some academics, the new research firmly establishes that the megalith peoples of Britain and Ireland strongly believed in a fertility Mother Goddess. Prof. Terence Meaden, M.A (Oxon) M.Sc.(Oxon) D.Phil. (Oxon), is a professional physicist, meteorologist and archaeologist with undergraduate and doctoral degrees (1954 to 1961) in physics and a MSc in archaeology from Oxford University. He has made significant contributions to Neolithic and Bronze Age archaeology and his books include Stonehenge: The Secret of the Solstice, Secret of the Avebury Stones, The Goddess of the Stones: Language of the Megaliths, and most recently, Stonehenge, Avebury and Drombeg Stone Circles Deciphered.

Katie Hopkins: Pride pushers in U.K. schools. The term ‘ally’ is a sleight of hand 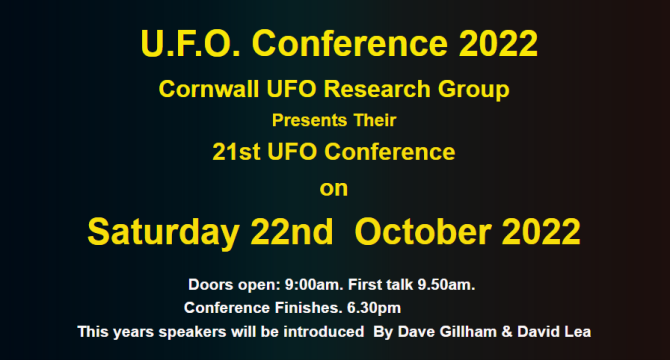 In the Interests of the People: In the past few shows, Adams and North have documented that several governments and central banks have already surrendered to the inflation monster – including the Bank of Japan, the ECB and the Bank of England. Adams noted that it was a matter of time until US Federal Reserve surrenders as well – despite their tough talk of fighting inflation and tightening monetary policy. If we cast our mind back over the past two years and we see a Fed Chairman either who has been lying or has no idea what he is doing. The US now finds itself officially in recession (which will be confirmed in the coming weeks) with the prospect of raging inflation (no peak in sight). The US Federal Reserve is expected to tighten monetary policy into a recession – a prospect now seen since 1974. The fight to combat inflation in 2022 is a greater task than 1974 and the US Federal Reserve has less wiggle room because the current debt bubble.

America Will Surrender to the Inflating Monster!