This page, this site, has always been shadow-banned.

Please help to combat this by sharing this page where you can.

The purported New Year’s Eve is a machine creation – not Natural. Celebrations of this imposition are a hidden form of mass melding of consciousness, often in an alcoholic haze – enabling a feeding frenzy of human energy, but also mass-evil-y empowering their current and future diabolical plans. Have you not noticed?

The tyrants pretend to cancel it to beguile more people to join in.

PoliticoYT: Uptake of the vaccines is falling around the world, but a control group will be unwelcome to governments concerned about possible future problems in the vaccinated being contrastable to the unvaccinated.

What we need to know:

For UK (and most other places):  Door To Door Visits for All Injections and Other Medications .pdf

Dr. Michael McDowell (Trinidad & Tobago), TT Response E conference – 14th August 2021: FINALLY – ITS ALL COME OUT! Covid19 is NOT ONLY a bioweapon- they put HIV/AIDS in it AND its designed to KEEP REPLICATING into over 180+ variants to bypass the Vaccine…. AND mRNA and the spike proteins are designed to damage the body and destroy the autoimmune system.
The MORE MASS vaccinations that are done –
THE MORE that ‘Viral Immune Escape’ happens.

We knew the TRUTH would come out BUT THIS IS WORSE! 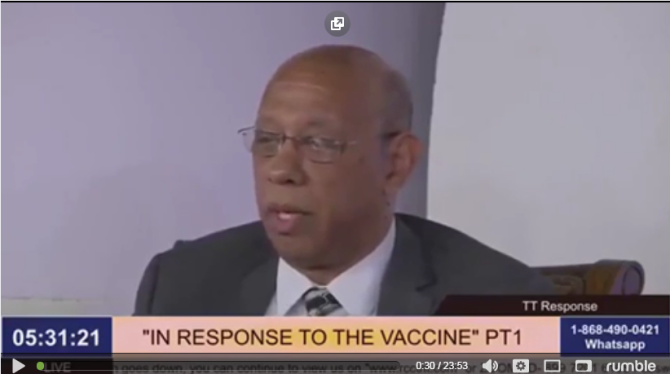 They’ll still all be fuel for the beast feast at midnight.

Josie Ensor, The Telegraph: Ghislaine Maxwell is facing life behind bars after a New York jury found her guilty of sex trafficking underaged girls for the disgraced financier Jeffrey Epstein to abuse. Maxwell, who turned 60 in prison over the weekend, was found guilty of sex trafficking and four other charges against her, but was acquitted of one count of enticing a minor to travel across state lines to engage in an illegal sexual act. The Telegraph’s Josie Ensor covered every day of the trial of the decade. Watch this video analysis to find out what happened during the hearing.

The equally darkly reputed BBC wheel out the forced vaccination enthusiast, and accused sexual-abuser, Alan Dershowitz, in the common tranced winning over, ju-ju caper of two darks making a light.

Daily Mail: The New York sex abuse case against Prince Andrew was weakened because prosecutors in the Ghislaine Maxwell trial failed to call his accuser as a witness, it was claimed last night.

Jeffrey Epstein’s former lawyer Alan Dershowitz insisted the fact the Maxwell jury didn’t hear from Virginia Giuffre was because the authorities don’t believe she is telling the truth.

Russell Brand: With a new law allowing for greater domestic surveillance of Australians and the passing of emergency powers globally, we ask, where is this all heading?

There never has been a test for it. 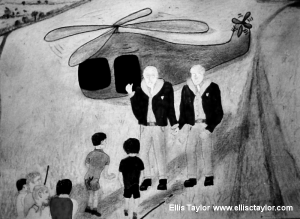 For those who ask: Yes, I do still get buzzed and stalked by helicopters and oddly behaving craft…as well as the other kinds of encounters, experiences and incidents, related in Dogged Days.

Since 2010, my encounters and experiences with faerie have increased remarkably – as have encounters with different observing daemon guardians, in human form, not exclusively, but especially at one particular place along the sacred flow (dragon) I have been helping to heal. There will come a time when this amazing venture is portrayed on film. I know it.

British Fairies: The Guardian newspaper for December 20th 2021 carried a report to the effect that it was likely that the 3837 people tried (and often executed) for witchcraft in Scotland between the sixteenth and eighteenth centuries were likely to be pardoned.

A Pardon for the Witches

Sorry, haven’t had time to use it yet

2 thoughts on “30th December 21 Howlin’ at the moon. News & Features…ellisctaylor.com”