Come on Humans…Take it back

The Divine gave it to you…NOT them

Ellis Taylor, ellisctaylor.com: I put to you a scenario that has been showing itself to me from the onset of this abominable deception…I’ve not wanted to encourage and make true its manifestation by talking about it on here but now these massive camps have been built and are being built all over the world, together with the clandestine announcement via the Omicron, I feel I cannot wait any longer, this needs to be told…

No colour is this wind

My apologies. Somehow one of the the videos in the above article did not upload. Fixed late 6/12/21. Thanks to I and M for letting me know.)

John Waters, Unchained: The desecration implicit in the proposal to reconstruct the basilica of Notre-Dame in the image of Woke may announce the culmination of a shift in human consciousness that began centuries ago.

I remember well the morning of April 16th 2019, waking up in a hospital bed, to a message from a French friend who wrote that the fire at Paris’s great cathedral of Notre Dame was ‘only the beginning ‘de l’expression de sa colere’  — the ‘expression of the anger of God’. For reasons connected to my condition, I had not at the time heard anything of a fire, and had to spend a stupefied half-hour verifying that I was not on some kind of anti-viral trip.

This friend is a man who does not say such things conversationally. His faith does not yield to a formal nomenclature or structure, but he is a believer who knows that these things matter in the deepest way. I thought on his words as I contemplated video images from other friends in Paris of fellow citizens singing hymns as they watched the flames rise from where the basilica’s spire used to be. In December 2019, Notre-Dame did not host Christmas Mass for the first time in 116 years.

Do you not see the inherent blasphemies, (satanism) being proclaimed, desecration ordered, in the evil, deliberately mendacious creeds of ‘Human caused climate change’ and its sinister sister, ‘the Science, that you must believe in’, ‘You will own nothing’ (you don’t anyway), ‘Building back better’, One world Government, New world Order?

You think that All-That-Is hasn’t got this? Got you?

😱CLIMATE CRISIS- ENJOY THE SNOW WHILE YOU CAN.⏳

C J Hopkins: Consent Factory Inc: One of the hallmarks of totalitarianism is mass conformity to a psychotic official narrative. Not a regular official narrative, like the “Cold War” or the “War on Terror” narratives. A totally delusional official narrative that has little or no connection to reality and that is contradicted by a preponderance of facts.

Nazism and Stalinism are the classic examples, but the phenomenon is better observed in cults and other sub-cultural societal groups. Numerous examples will spring to mind: the Manson family, Jim Jones’ People’s Temple, the Church of Scientology, Heavens Gate, etc., each with its own psychotic official narrative: Helter Skelter, Christian Communism, Xenu and the Galactic Confederacy, and so on.

Jon Rappoport, No More Fake News: Journalist Celia Farber just wrote an explosive article on the Pfizer secret document. You should read it. She deserves our thanks and gratitude. And here you can also read the document itself.

In short, the Pfizer document (which was never supposed to see the light of day but was disclosed as part of a FOIA suit) describes the adverse effects from just the first three months of injections with the company’s COVID vaccine:

158,000 adverse events, 1223 deaths. In a half-sane world, this would have been more than enough to halt all injections and cancel the vaccine.

I’ve queried two attorneys. They both looked at the Pfizer document and state they believe it’s authentic.

Bit late, I know, sorry…I’ve been away from the internet:

Jerm Warfare: I was joined, on my podcast, by Denis Rancourt.

He is a Canadian scientist and social theorist.

Denis co-authored a massive paper in which they concluded that, in the United States, there is no evidence of a pandemic.

They studied all-cause mortality, which is the most reliable data because, as Denis said, deaths are deaths, regardless of cause. Either somebody died or somebody didn’t die.

Denis Rancourt on there being no evidence of a pandemic

Off-Guardian: It’s become a common meme to refer to ICU’s being “filled” with the unvaccinated, but is there any truth to that?

Coronavirus Fact-Check #13: “ICUs are filled with the unvaccinated”

Joss Wynne Evans, Blue Tara: A widely renowned virology and former senior officer of the Bill and Melinda Gates Foundation took time to recently warn us about the risks of the experimental COVID-19 gene transfer vaccines. He said the vaccinated are the ones really serving as a kind of breeding ground for the virus. He also went onto encourage the un-jabbed to “stay unvaccinated,” while also predicting an inevitable “collapse of our health system” due to health complications in the vaccinated.

Matt wrote and directed “Frankenskies,” the brilliant exposé of the geoengineering agenda. He came on today, to discuss news that two prominent US academics have published a study that suggests that there is a connection between wireless communications radiation and the health outcomes of people infected with covid-19. In short, the authors believe that exposure to 5G radiation, may worsen the illness of covid patients.

Do not miss this show.
For more on Matt, check these websites
www.actualactivists.com
www.sperogear.com 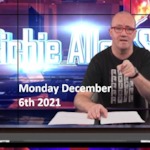 They Will Not Be Able to Cover Up Their Lies for Much Longer:

What I Have Found Out About Dr. Noack (#Cabin Talk)

Are there trickster entities? – For sure, and they are at large in this ‘alternative community and influencing and drawing well-meaning people in – big time. They are also, in big league numbers, and burgeoning, in the mainstream media, science, government and academic worlds – as many in the slumbering world of humans are discovering the past couple of years. As I wrote in ‘Signs’, demon charges can be effortlessly charming… till they aren’t  – “Beware the charming man (and woman)” – as the wise old adage says.

Cultivate discernment. I detest repeating myself, but for those who haven’t considered this: Learn to differentiate between instinct and intuition. Instinct is recycled programming: including genetic, life experience, state and media brainwashing. Definitely not be ignored but frequently does not have the best answers for you. At it’s root, it is based on fear. If you notice fear rising then it’s instinct. There’s a process with instinct, so there is a delay. Teach yourself to be aware of this often almost imperceptible pause. Intuition is lightning quick, no consequences come to mind. Intuition just gets your spirit to where it needs you to be, for your mind, body and soul to see what they (it, as one) need to see and take action. Those guided by intuition will most often not be aware at all of precarious or debilitating situations they would have been in, because their intuition swerved them away from the encounter.

Steve Mera is one of my favourite people. He’s a truly dedicated researcher with a huge heart. I’ve briefly talked with Anthony Peake and met him when I also spoke at the Scottish Paranormal Festival in Stirling. He is a marvellously erudite researcher.

Steve Mera, Anthony Peake: In this interview UFO/paranormal investigator Steve Mera joins Sarah and Anthony in a fascinating discussion about his ongoing research. Steve describes a number of intriguing experiments that he has been involved with over recent years, experiments that suggest that entities and intelligences encountered in hauntings, mediumship and UFO scenarios are evidence of an extraordinary game being played on us. Steve has agreed to return to do a second interview in early 2022 where he will share recordings of these experiments.

MegalithomaniaUK: In the far distant past, Great Britain was measured and organised and unmovable monuments, earth mounds and henges, were built to immortalize the plan and to incorporate the differences linked to the earth’s curvature. The major natural features of the British Isles were part of this epic undertaking. The highest points in each part of the land, Ben Nevis, High Willahays, Helvellyn, Milk Hill; the Holy Islands of Mona, Lundy and Lindisfarne; the limits of the British Island, Land’s End, Cape Wrath, the Needles, Orkney. The principles behind this masterpiece, on a par with the Great Wall of China or the Egyptian pyramids, and the reasons for which it was done, were handed down orally and in secrecy over the centuries by druids and Celtic monks until they were finally written down in cryptic form in the Mabinogion, the Welsh bardic tales. This was done in the Domesday period when it was believed that the destruction of humanity was imminent. The installation was linked to the massive megalithic monuments in Brittany by incredibly precise meridian lines. This plan has remained hidden until now. Read more

Celtic Source: Robert Graves’ ‘White Goddess’ is one of the most popular books ever written on modern Celtic mysticism, but as well as entrancing countless modern readers it has also enraged many Celtic scholars. Perhaps one of its greatest successes was introducing ‘Kat Godeu’ (‘The Battle of the Trees’) to an English audience. Few had ever heard of this obscure medieval Welsh poem from the 14th century Book of Taliesin. But Graves’ version has done little to clarify what the poem actually means. In this video I talk through the main problems with Graves’ version and suggest another way of understanding this ambiguous Welsh text.