What You Need To Know About The Imminent U.S Face Off With Russia and China…..
Your Government is a Terrorist…..
Genetics of the modern heirs of the Incas shed new lights about their origins and lineages…..
Seroquel – Definitely not nice…..
The U.K.’s Bigfoot: A Monster-Sized Problem…..
More on the U.K.’s Bigfoot…..
The Amazing Story of Ray Palmer’s Psychic Healing…..

Right now, over at the Fortean Times Appreciation page at Facebook, there is a lively debate taking place on the matter of what has become known as the “British Bigfoot.” Within Fortean circles in the U.K. there are two dominating theories when it comes to the matter of what the U.K.’s Bigfoot really is (or isn’t!). There are those who think the whole thing is complete and utter nonsense. And, there are those who believe that the U.K. really does have entire groups of Bigfoot lurking in the forests and woods of the U.K. Both groups are wrong: the truth is much stranger. As you’ll now see.
The U.K.’s Bigfoot: A Monster-Sized Problem

Like he said those are “two dominating theories” – the others he hasn’t gone into. Both of these two have tangential possibilities too – a physical being from another place that has interdimensional capabilities, being one. A recent arrival from another place or planet is another. Humankind knows so very little about Creation, and what goes on outside its sensory and instrumental capabilities. There are so many possibilities which is why it is very unwise to set up camp in any one theory. – Ellis

As a follow-up to my previous article on what has become known as the “British Bigfoot,” I thought I would share with you a few more stories demonstrating just how weird the phenomenon really is. During the course of undertaking research for a book dealing with landscape-based mysteries, Fortean authority Andy Roberts was told of a terrifying experience that occurred to him during the early 1960s. The source was a boy at the time, and out with a friend to investigate one of the many aircraft wrecks from the Second World War that still, today even, litter the approximately 2,000-foot-high Bleaklow plateau in the Derbyshire Peak District. While visiting the crash site, the man suddenly heard his friend shout.
More on the U.K.’s Bigfoot

In my previous article for Mysterious Universe, I briefly mentioned how Science-Fiction and UFOlogy are very much like oil and water: they don’t tend to mix together too well. Many famous Sci-Fi writers like Ray Bradbury have been vocally adverse to the idea of alien interlopers, and the narratives coming out of the mouths of alleged contactees and close-encounter witnesses.

This rivalry, however, did not exist so patently during the first years of the modern flying saucer era. In fact, there was a time when UFO stories and Sci-Fi tales co-existed on the same medium, and that was thanks to a notable fellow by the name of Ray Palmer.
The Amazing Story of Ray Palmer’s Psychic Healing 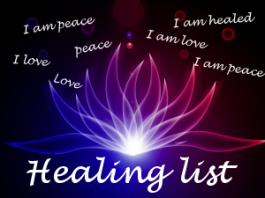