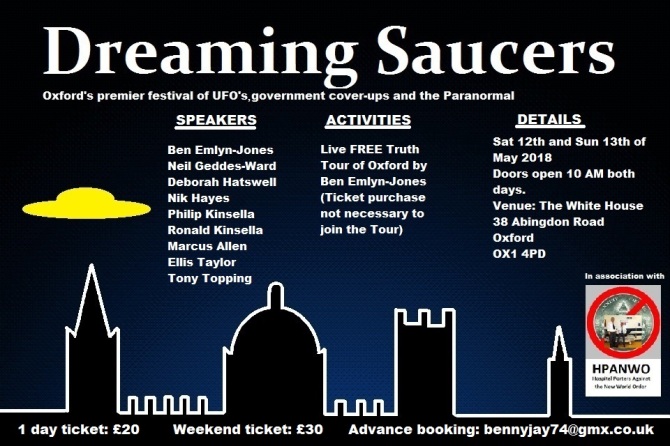 The Gender Pay Gap…..
Faeries in the Arthurian Landscape…..
Coming Home to Northern Pagan Traditions After Exploring Eastern Mysticism – Aki Cederberg…..
Bill Maynard dead: Heartbeat’s Greengrass’ family pay tribute to ‘larger than life’ star who died in hospital after falling off mobility scooter…..
Heartbeat’s Bill Maynard in his own HILARIOUS words: “I made 31 films, most were rubbish”…..
The Strange Case of the Last Witch of Britain…..
Helen Duncan and HMS Barham: A Sceptic Speaks…..
Helen Duncan and HMS Hood: A Coincidence?…..
Precious Plastic – Promo…..
The Broken Century…..
The World is Waiting Just For … What?…..
The Last Train…..
The Dark Man…..
Albert Burgess Live in Pewsey Our Police or Their Police…..
Best guitar solo of all times – Mark Knopfler…..

The faeries who appear in the Arthurian mythos are a distinctive breed; ontologically different from the entities that most often surface in folklore. They usually have specific roles to fulfil, catering to the literate classes who were consuming the stories. But the genesis of the faeries in the Arthurian landscape is deeply rooted in an embedded folk belief-system, developed from a Celtic oral tradition, which informs many of the motifs within the legends. This article is a brief overview of a very complex subject, serving as an introduction for any readers who may be inclined to delve deeper.
Faeries in the Arthurian Landscape

Heartbeat actor Bill Maynard has died at the age of 89, his family has confirmed.
Hinckley celebrity Bill, real name Walter Williams, was best known for playing Greengrass in Heartbeat.
The star died in hospital in Leicestershire shortly after breaking his hip in a fall off his mobility scooter, his daughter-in-law said.
Bill Maynard dead: Heartbeat’s Greengrass’ family pay tribute to ‘larger than life’ star who died in hospital after falling off mobility scooter

He enjoyed a career that spanned sixty years.
And, as both a comedian and actor, Bill Maynard viewed much of his professional experiences with good humour.
The 89-year-old, who died this week following a fall at his home, proved this when he conducted a hilarious interview with the Leicester Mercury newspaper in 2013 – just five years before his death.
During this, he poked fun at his less-impressive roles and detailed how – at one point – he nearly made himself bankrupt with low-paying theatre.
Typically self-effacing, he even revealed that acting requires no discernible talent.
Heartbeat’s Bill Maynard in his own HILARIOUS words: “I made 31 films, most were rubbish”

One of my favourite T.V. characters. On a camping road trip round Britain many years ago I found myself staying at Greengrass’s gaff. Cheers for coming Bill and thanks for all the great laughs.

There was a time in history when witches walked amongst us, allegedly using their dark powers to sow chaos and evil and so become the target of ruthless campaigns to prosecute and exterminate them. Whether they were ever really possessed of any power other than being in the exact wrong place at the exact wrong time, the suffering and death of these “witches” and innocents related to witch trials were certainly real. In this modern age of supposed scientific enlightenment, it would seem that there would be no more room for such things, that belief in witchcraft and dark magic would have evaporated and that organized witch trials and massacres of witches and warlocks would be a dark relic of a more primitive age. Yet there have been cases of official trials revolving around witches right up into surprisingly more modern times, showing that dark superstitions can be have a tenacious hold over us. One important case is that of a Scottish woman by the name of Helen Duncan, who in 1944 was arrested and tried under an archaic law called the Witchcraft Act of 1735. It was a case that would make headlines around the world and earn Duncan the moniker “The Last Witch.”
The Strange Case of the Last Witch of Britain

It is one of the most extraordinary psychic events of the twentieth century, rave some. It proves that mediums really can communicate with the dead, state others. A Scottish medium, Helen Duncan brought, in early December 1941, a relative of a crew member of HMS Barham into contact with her recently dead son (or according to other accounts a husband). Of course, meeting the dead is always comment-worthy, but this is a particularly curious episode because it was not, when Duncan gave her séance, officially known that HMS Barham had been sunk. How could Duncan have found out? Is this the proof from the other side that some have long been waiting for? Or are there other more mundane explanations?
Helen Duncan and HMS Barham: A Sceptic Speaks

This blog dealt yesterday (it feels longer ago) with Helen Duncan, medium extraordinaire, claiming, in Portsmouth in 1941, that HMS Barham had sunk before the British government had announced that ship’s demise. In that post I acknowledged that there was another case where Helen Duncan had learnt that a ship had sunk before it was generally known, and this was the Hood. HMS Hood was, as many readers will know, perhaps the best loved of all the Royal Navy’s ships.
Helen Duncan and HMS Hood: A Coincidence?

On September 11, 2001, the normally flat line of the boxes began to peak, warning of an event of terrible proportions a full 4 hours before the first plane hit the World Trade Center! Could the collective human mind have “known” what was going to happen?…

I am a skeptic. I don’t believe in fortune tellers or psychics. I certainly doubted that I could forsee the future. But, as I did the research for this article, I discovered that I was wrong. Everyone can see into the future and we do it all the time.
The World is Waiting Just For … What?

An assortment of passengers on a train are mysteriously suspended in time. They emerge 40 years later into a post- apocalyptic toxic world.
The Last Train

Long ago the Fairies often stole children; they chose the prettiest, and carried them to Fairyland—the Kingdom of Tyrnanoge—leaving hideous changelings instead. In those days no man had call to be ashamed of his offspring, since if a baby was deformed or idiotic, it was known to be a changeling.

It is sixty years now since old Mike Lonergan, who lived in a hovel in Moher village, was robbed of his child. It was his wife who first found out the theft, for she had seen her unborn son in a dream, and he was beautiful; so when she saw the sickly and ugly baby she knew that he was not hers, and the fairies had stolen the child of her dream.
The Dark Man