A report on yesterday’s Dragon tracing.

Well, the day’s actual tracing didn’t start off very promisingly, but in the way it progressed I couldn’t have wished for better.
Oed Llan Sain

One would hope that such an advanced scientific facility deep underground would be able to keep out all of the weasels, birds and bread that’ve seemingly been jamming their equipment.

There has been more and more weight given to the idea that there are other realities and dimensions besides our own, which bump against us and even overlap us. With this idea comes hand in hand the notion that traveling between them could also be possible, and there are accounts that point to the possibility that not only is this possible, but that such portals between these realms have already been opened. Intriguing, often a bit scary, and always weird, these cases of alleged gateways capture the imagination, and make us wonder whether alternate realities not only exist, but have already been visited by us.
Strange Tales of Portals to Other Dimensions 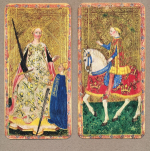 There are clues that this is no ordinary suburban living room. For one, we’re in Glastonbury. Then there’s the perfumed candle, the Buddha figure, the cloth draped over the television and, not least, the worn little wooden box that sits atop an occasional table hung with black silk. Inside it are 78 tarot cards. I have come to Glastonbury as a ‘querent’ – which is what tarot practitioners call a customer. A querent, traditionally, comes with a question. I have several. Assuming that tarot cards do not work as a method of reading the future, why does tarot persist? How has tarot survived as an object, a practice, a text, and a peculiarly velvety strand in European popular culture? Where did something so strange, dream-like and overburdened with symbolism come from?
The truth about tarot: Whether divining ancient wisdoms or elevating the art of cold reading, tarot is a form of therapy, much like psychoanalysis