New post on the Song of Ffraed…..
Apples coming…..
Roswell: When Ufologists Turn On Ufologists…..
The Fairy in the Box…..
William Blake and Bruno’s Fairies…..
More Monster Hunting on the Isle of Lewis (in search of kelpies or monsters)…..
The hill of the ‘dwarves’…..
Female Druids, the Forgotten Priestesses of the Celts…..

Video: A return trip to unite with a great Dragon line that I am surveying and journeying with, a mystical healing project for the countryside.
This walk is near Llanychaer and proceeds seawards.
The Song of Ffraed: A walk along the River Gwaun in Pembrokeshire – Looking for the Dragon. 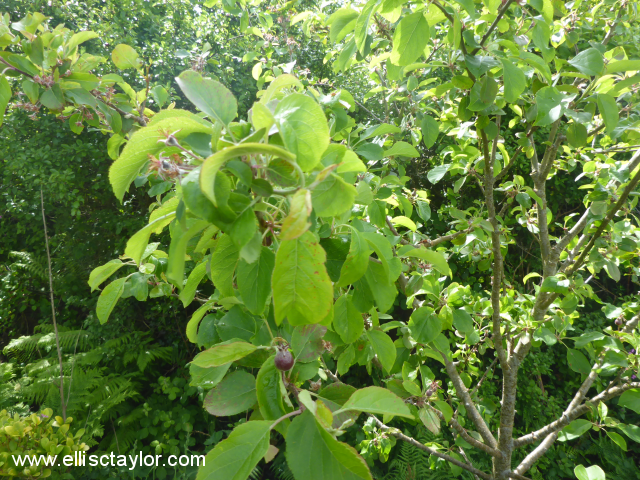 Over the past couple of weeks I have been busily promoting my latest book, The Roswell UFO Conspiracy. Taking into consideration the fact that I dismiss the idea that aliens crashed outside of Roswell in the summer of 1947 (I go down the dark and disturbing “human experimentation” path), it’s not surprising that more than a few people within Ufology have taken me to task for daring to suggest that Ufology’s Sacred Cow is nothing of the sort.
Roswell: When Ufologists Turn On Ufologists

Biographies of popular Edwardian lady novelists written by their daughters are apt to be written in a hazy of rosy chiffon. The Life of Florence L. Barclay tells of a woman who, in many ways, filled the societal roles allotted to her. The free-spirited but trammeled daughter to a clergyman, she was taken on charitable visits to factory girls, where she charmed them with her fiddle-playing, at a young age she helped her invalid mother run the rectory, then married a curate at age 19. (They went to the Holy Land for their honeymoon.) The usual charitable works and a series of painful illnesses heroically borne followed. After a career as parish organist, Sunday school teacher, charity worker, and best-selling novelist, she died aged 59 during surgery.
The Fairy in the Box

It is well known that William Blake drew and painted fairies and it is also a matter of record that Blake saw fairies. Blake, allegedly, described to a flabbergasted contemporary how he has witnessed a fairy funeral. Beach has looked in vain for other references to Blake kicking it up with the fairies and he has found just one from a letter. The problem is that it is not at all clear what Blake means in this epistle from 16 Sep 1800. Readers should not be surprised by Blake’s elevated style: WB was in no sense and at no time a normal human being.
William Blake and Bruno’s Fairies

I had previously written of my monster hunting activities in the distant Isle of Lewis back in 2011, including my attempt to get to Loch Ulladale, the stories surrounding that creature as well as the various other lochs of legend. I was back on the island last July and was minded once more to go about some cryptozoological business of the aquatic variety.
More Monster Hunting on the Isle of Lewis

Sometime in the early 1800s, Rev G Keiss, a German missionary stationed at a mission in Betageri near Gadag, crossed River Tungabhadra from Beejanugger (Vijayanagara) near Anegundi and went on to Mallapur, where he enquired about the ‘dwarf houses of Yemmi Gudda’ that were rumoured to exist in the hills nearby. With some help from the headman of the village, he was able to locate them on the saddle of a hill north-west of Mallapur, scattered among enormous boulders that dotted the hills. In great excitement, he wrote to his friend Colonel Philip Meadows Taylor, the political superintendent at Surpur, who had shown him similar structures at Rajan Koluru, near Lingsugur.
The hill of the ‘dwarves’

In medieval Irish legends they were called Banduri or Bandorai. Their existence was confirmed by ancient Greek and Roman writers. But who were the legendary female Druids?

The Druids were the ancient religious leaders, scientists and researchers of the Celtic society. For centuries, there was a common misconception that Druids were only male. However, numerous historical records attest to the fact that there were in fact women among their ranks.
Female Druids, the Forgotten Priestesses of the Celts

Now, consider this, because it’s true…and it turns on its head what is taught to us, with straight faces, as history and genealogy;  the ancients of the Isles, before and during the Roman occupation, during and before the early Christian religion’s incursions, practiced polyandry, and had done for eternity. No prince, king, or man (or woman) of note was sure of who his father was, which is why kingship etc was passed down through the female line. When the Church and its lackeys confabulated the histories (after carrying off, smashing, or burning every evidence to their deception) they inserted false lineages for extant and historically strong characters (that of course, whenever they could get away with it – so almost all of the time – had to be male), pasting them on to ‘husbands’ or known partners (usually or often rapists), for their own agendas, of the women who truly were links in a genuine bloodline. I give you Boudicca and St. Non, Mother of St, David, as examples to ponder on. – Ellis

I cannot bring myself to comment on the vicious demonic attack in Manchester at the moment. I send everyone who is grieving and suffering my love and my heartfelt sorrows.  – Ellis