I was looking at my pictures of this Oxfordshire crop circle recently. 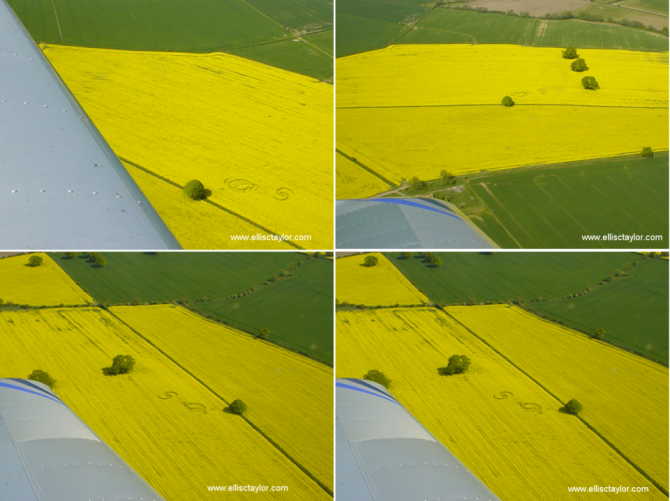 What’s the odd coincidence? The date, and the farm where the crop circle was situated.

Oh, the name of the farm: Gotham.

The next year, 2006, but in July, again in Oxfordshire, this time near Wayland Smithy, the nasty-feeling ‘explosion’ crop formation was manufactured.

When film-maker Chris Turner and I visited Wayland Smithy in November 2015 we learned from a local farmer that the reason why police were flying about was that an unexploded bomb had been found in either the same field, or the one next to it.

2 thoughts on “Just an odd coincidence?”