Reina Michaelson is a very courageous lady, and I agree with Fiona Barnett; she is an Australian unsung hero.

Under the surface of the projection/propaganda/illusion of easy-going, ‘she’ll be right’, ‘no worries’, sun sea and sand, 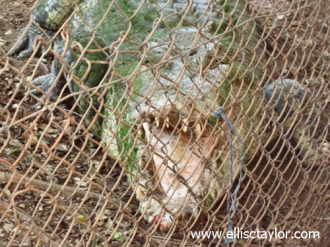 Australia, in every institution and reach of State and media, marauding vicious predators, just as lethal, cold-blooded, lock eyed, and locking jaws as their psychopathic kin survivors of the mass extinctions lurk, nuclear adapted? (the salt water crocodiles and great white sharks). The Effects of Radiation on Matter  &   Evolution, Mass Extinctions, and Mass Speciations).

Australia has more reptile species than any place else on Earth, and now it has more swamping it; over just a couple of centuries, infesting its media and its institutions, cesspits of perversion, 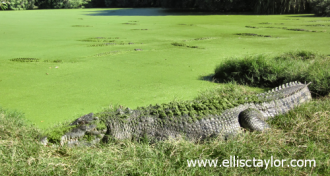 corruption, disassociation, nepotism, hierarchy and sycophancy. One, the Goanna, now gone to the devil (and given a State Funeral), demanded fealty from prime ministers and paid paltry taxes. He was (an Australian psychologist told me) known well, notorious, in child-psychologist circles. They allowed him to be untouchable.

A reptilian queen gave her title to the north-east State, where her hive seethes under a mountain there. Queen Elizabeth (Liz) steered

clear of this region, even on her jolly to Oz for the 200th anniversary celebrations of Captain James Cook’s skirt of the east coast, even though he had landed at a close-by cove, now called 1770, where a monument to his arrival, and rapid off, stood till recent times.

All over the world, some among the very wealthy are insatiable for power over others. They believe they are ‘the chosen ones’, entitled to more of everything, and anything, than anyone else. Whatever their lusts demand they will go balls out to satisfy; but they can never be satisfied. There is no line that they wont cross even down to brutalising their own house and kith. 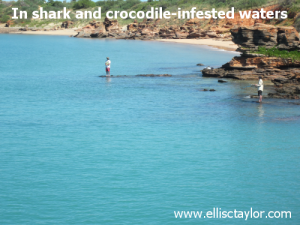 With their perverted attitudes of ‘specialness’ glorified, aided and abetted by the media and governments, the rest of this Earth and its inhabitants, including human beings, are regarded only as spellbound oblivious, and disposable servants, slaves, fodder and playthings. (We, most reading this, can see that, but I observe no evidence whatsoever that the overwhelming majority of the rest of humanity do.)

Some of these fused-brain charming psychopaths, lots of them, I’m sure, commit murders and invent serial killers and terrorists etc to blame. It’s easy, when you steer compromised police, courts, media, and the rest of the festering boils to prime somebody to be the future fall-guy for a future horror. Why, in heavens name, what reason, or excuse, other than this, could there be to virtually just slap the wrist of someone who kidnaps and assaults a child?

Dupes have to have a history that the corrupted or inhabited police and press can call upon, or exaggerate, to cover up the real perpetrators and quieten the spooked herd.

The State machine is mobilised; institutions so blatantly motivated and directed to honour the Darkness and its lesser gods – just look at their paraphernalia, architecture, emblems, jargon, dates, groups and offices etc etc. Everywhere they announce their presence, and in every dark deed they proudly betray (on purpose) their hallmarks, gaining added pleasure from the ignorance and gullibility of their over-educated, trusting ‘plebs’. * 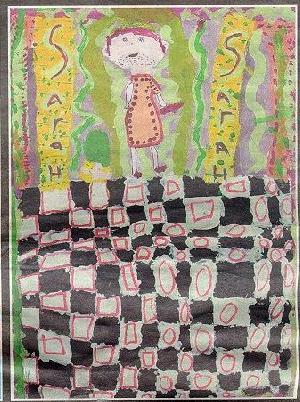 * Over-educated: force-feeding the grind-mind with mostly useless and debilitating, but taught as vital, information to usurp consciousness; disabling and disengaging imaginative and intuitive faculties thereby entraining a docile and obedient population.

“Round about the dawn of time, When dreamin’ all began
A crowd of people came
Well they were looking for their promised land
Were running from the heart of darkness
Searching for the heart of light
Well it was their paradise”
Lyrics 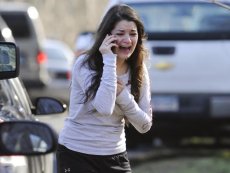 The image of Carlee Soto terrified and crying into her phone is a permanent reminder of the horror of the Sandy Hook massacre.
Soto is pictured with one hand on her phone and the other on her heart. She is trying desperately to gather information about her sister, Vicki, a teacher at the school in Newtown, Connecticut.

For Ms Soto, the fear was real. Vicki didn’t make it out of her classroom. She was among the six staff and 20 students shot and killed on December 14, 2012, when a crazed Adam Lanza stormed the school and opened fire.

Despite that image and despite overwhelming evidence, a small but vocal percentage of the American population has called Carlee Soto a liar, a “crisis actor” and a pawn in the Obama Administration’s staged school shooting.
Conspiracy theorists threaten family of Sandy Hook shooting victim Vicki Soto

A former Kings Cross sex worker has opened his little black book containing the names and details of high profile clients he claims were a part of a “sick” and elaborate paedophile ring.
Dave*, 47, told news.com.au that high profile judges, lawyers, navy captains, a prominent lord mayor and business executives were among hundreds of clients who prowled the Sydney red light district and the “Darlinghurst Wall” pick-up spot to lure underage boys into their hotels and penthouses for sex in the late 1980s and early 1990s.
Former Kings Cross sex worker opens little black book on high profile clients

The Malleus Maleficarum (1485) is the classic witch hunter’s book. It is the first ‘convincing’ attempt to place witches in a diabolical formula with magically affected victims at one end, the devil in the middle and large and roaring fires at the other. The author, though, Heinrich Kramer, very naturally sucked up a lot of folklore into his description of witches. For example, he gives us our best record of witch penis anxiety (as the cultural historians are probably already calling it).
Witchcraft and European Penis Theft

On a large scale the cosmos should be plain, but it’s not. Windows into other dimensions could explain mysterious objects billions of light years across
Could cosmic megastructures be intruders from another world? 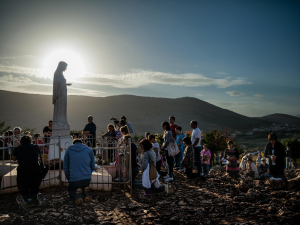 Mary barely speaks in the New Testament, but her image and legacy are found and celebrated around the world.
How the Virgin Mary Became the World’s Most Powerful Woman