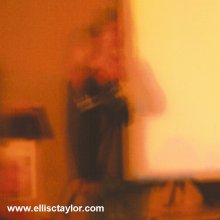 As regular readers will know, besides the other documentaries he is currently busy with, such as ‘Don’t Mention the Reptilians’, and one on the Annunaki,  Chris Turner is making one on my Otherworldly experiences; which will include numerous pieces of evidence as well as several anecdotes and corroborations from people who have shared the incidents, in one way or another.

Chris has asked me to come up with a succinct title, but I’m struggling. Talking about experiences is one thing but describing myself is something else. I find that really difficult, and to be honest I’d rather the words came from someone else.

There’ll always be unpleasant and unaware people who read into such descriptions what is not there, and I’m not bothered about them. I’m more concerned with reaching the multitudes of people who have had similar experiences; those who have felt too intimidated to disclose what has happened to them. I’m not, and I never have been, and to share my stories, and provide so much evidence of what happened, has helped many people come to terms with their own contacts and encounters. I know that because I have been told no end of times. Some of these lovely people, now quite elderly, have kept silent all of their lives. To me that is a shameful indictment on this society and the media that waves its baton at it.

I’m in this world (sometimes), but not of it, so my life has never been a walk in the park, in fact it has been very testing. My heart has ached unbearably many times and I’ve wept buckets. I’ve struggled throughout to survive here, yet through it all I’ve had to do what I’ve had to do, say what I’ve had to say, and be where I’ve had to be.

It has been as hard for my loved ones too. Sometimes I’ve had to leave them in order to keep them safe, and then there’s been others who’ve exited stage left and rapidly when they’ve been party to what happens to and around me. Threats on my life have been a constant since I was born; but I’ve seen wonders, had the most beautiful experiences too, lots and lots and lots of them.

I have also been privileged to be involved in some ventures that have been intensely healing and helpful for countless people, sometimes just because I was there at the right time and with the necessary experiences.

In hindsight I can always see the reasons behind what I’ve baulked at doing, and they are inevitably much bigger than me or any other individual; but that doesn’t stop the hurt and just because I come to understand doesn’t mean that others can. I’m not a font of all wisdom. As I’ve said many times, ‘I’m just a child in the scheme of things’, learning every day, like everyone else. There’s nothing special about me, but I am different. We are all different, and in my view,  difference is essential and to be celebrated, not judged and derided.

Only people whose lives are similar will understand all this that I’ve said here, but no doubt others who are sure they know better will disagree. That’s their privilege, but this is my experience.

I mentioned to two lovely ladies, both talented, and very caring psychic mediums, who have been visitors to my websites from the get-go, that Chris had asked me to come up with a title and that I was struggling to oblige. They responded with this:

Out of the night that covers me,
Black as the Pit from pole to pole,
I thank whatever gods may be
For my unconquerable soul.

In the fell clutch of circumstance
I have not winced nor cried aloud.
Under the bludgeonings of chance
My head is bloody, but unbowed.

Beyond this place of wrath and tears
Looms but the Horror of the shade,
And yet the menace of the years
Finds, and shall find, me unafraid.

It matters not how strait the gate,
How charged with punishments the scroll,
I am the master of my fate:
I am the captain of my soul.

Fabulous! and inspirational for very many.
It’s a long time since I read this.
Thank you J & R.
Love,
Ellis

2 thoughts on “A Biographical Documentary on my Otherworld Experiences”