Augureye asks, “Is this who we really are”.

Jon Rappoport takes a trip into the soon tomorrow that humanity is filing into: Robots: a Play in One Brief Act

Join Dark Journalist as he welcomes back Former Assistant Housing Secretary and Financial Expert Catherine Austin Fitts for her sixth appearance on the show. In what will be remembered as the most amazing, insightful, gripping, stunning and controversial Dark Journalist episode on record, Catherine reveals that her deep research has shown that America is now at a major crossroads and has two choices for the country that we will become by the year 2020: Creative Freedom or Mechanized Tyranny, there is no third way.

Agreed. This is essential. – Ellis 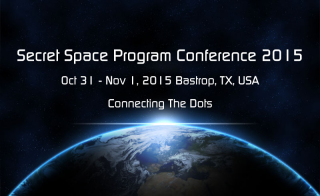 I have this neighbor friend, she’s about the same age as me, with similar health related issues. About once a month she’ll call and we chat for awhile about mundane matters; until she can no longer hold back the tears. She has an abusive husband, and over the last ten years I have been an unwilling ear witness to his angry shouting and fits of rage. The other neighbors hear it as well, I know because they’ve told me so. The man is a beast. Just over a year ago she suddenly began walking with a cane, and can’t get far without it. I cannot help but wonder if the beast has now crippled her as well. She calls me when she’s really up against it and we talk it through. I always listen; and give her the best advice gained from my years working as a counselor. These peer counseling sessions have been going on for nearly five years; and yet I am no closer to understanding why any woman would tolerate such chronic spousal abuse.
Is This Really Who We Are?

“One day, robots, androids who look exactly like human beings, will gain the status of beloved pets. From there, they will rise, in popular estimation, and they will be viewed as humans. Then, perhaps, ‘more than human’ will be applied to them. Meaning they are superior guides and wisdom figures. Destroying an android will carry a long prison term—the furthest thing from sending someone’s Kia over a cliff.” (The Underground, Jon Rappoport)
Robots: a Play in One Brief Act