Well, Doctor Who Series 9 is scheduled to begin on 19th September (a 9-date); and there’s a trailer out – coincidentally, you understand,  featuring Palmyra…Syria-sly. (And a significant date to the Syrians.)

Shame on you if you thought the Bibi See would have it on purpose.

What will the id star be up to this time? 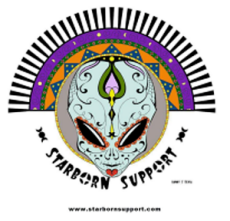 Well there’s a buzz going round that some silver-skinned aliens attended the Experiencer’s Speak Conference, held August 28-30, 2015 in Portland, Maine. They were approached, talked to and photographed. One was asked if he was a Pleadian. I’ve heard a different audio to this (but not sure if it’s public yet) of an interview with other witnesses. Hopefully it’ll be on the air soon.

…but here’s a more extensive audio of other witnesses that are public, on Aquarian Radio (the bit about the visitors begins about 50 mins in):
http://aquarianradio.com/2015/09/04/experiencers-network-090415-janet-karen-lynn-john-ron/

Experts discovered ‘extraordinary’ line of 4,500-year-old giant stones.
90 or more stones, lying 3ft underground, detected by radar equipment.
Unlike Stonehenge, a circle, they are arranged along one straight line.
Researchers believe they were part of the landmark but were toppled.
Stonehenge II is found! Radar search reveals giant line of standing stones from 4,500 years ago – buried three feet down, just one mile from famous Wiltshire site

Bad luck is sure to befall a US company if it builds a new factory over a fairyfort in Ireland, warns a traditional Irish lore keeper.

West Pharmaceutical Services is building a new factory in Waterford, Ireland, with plans on employing more than 150 people at completion in 2018, reports The Irish Times. However, the construction site is situated over an ancient ringfort (rath, or fairyfort) which dates back thousands of years. (WTF!! Thank heavens we still have people like those in the next story, who have done something wonderful.)
Irish Lore Keeper gives Dire Warning: US Company will be Cursed if Ancient Fairy Fort is Destroyed

Inside the ring fort at Tullycrine in West Clare, Ireland, visitors can see the graves of hundreds of children dating from a period in Irish history when those who had not been baptized were banned from being buried in consecrated ground.

The burials were performed in accordance with the rule of the 5th Century St Augustine of Hippo, who declared that the souls of unbaptized infants were condemned to hell because of the original sin. This rule was relaxed to a degree later but Rome still dictated who could or couldn’t receive a proper Christian burial. This meant that sites such as the ring fort at Tullycrine became communal graveyards for children who died before being baptized.

Each child’s grave is marked by tiny flagstones. The burials are known as Cillins, or Cillini, and they can be found all over rural Ireland. In some cases, local towns are named after them, such as Killeen in County Armagh.
The Graveyard of the Lost: Why Hundreds of Children were Buried in an Old Irish Ring Fort
Thank you for your good hearts Flan Kelly, John Deeley and the Kilmurry McMahon Heritage society.
One day I’ll get to Clare and I’ll make sure to visit this place. I have ancestry from there.

Part 1 of a kid’s story I wrote many years ago.

Early one morning a curious light appeared on the horizon, moving very swiftly through the early morning haze down towards the big hill at the end of the lane. Just as it reached the oak trees at the top of the hill, the light stopped, popped and turned into a small object that looked rather like a mustard pot. Floating gently down in short jerky movements it landed on a small patch of grass right beside a big oak tree. There was another pop and a flash, a door opened and out stepped Plog.
The Adventures of Plog: The Earth Story. Part 1. Well, Well