The reality for all of us is that we are members of a profoundly dysfunctional human species in very deep trouble, on a planet whose biosphere is dying and/or being killed, mostly by us, individually and collectively. I am sorry to say this, but it does look like a mass mortality event may lie just ahead for very large numbers of humans on this planet. I will have more to say about this below.

I was born in the USSA in 1955 and naturally am still in communication with people from that country. At this point my frank perception is that the vast majority of people in the USSA are in tremendously dangerous denial, about almost everything that is of any substantive consequence to the continued habitability of this planet by the human species, and most other complex, biological life forms.

I have written before about The Bone Lady who visited me in 1958, when I was a sickly little, three year old boy, and who gave me a broad overview of what was coming. For whatever reason, She clued me in to the great dying time that was coming, the time of unimaginable turmoil, death and woe, the time of great suffering and destruction, the unthinkable, inhuman, demonic time of incomprehensible horror.
September 2015 Reality Check 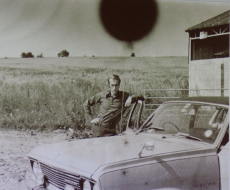 It stopped cars in their tracks, killed birds, terrified children and sparked reports of strange humming noises, tremors, lights, crop circles, UFOs, and even alien abductions – so just what did happen in a small leafy Wiltshire town?

Fifty years on and the people of Warminster still want answers over the mysterious outbreak of UFO sightings that propelled the country town in the south-west of England onto the national stage in the 1960s.
UK town ‘invaded by UFOs and eerie noises that killed flocks of birds and stopped cars’

Since people lack the ability to understand those who are different from them, this article will help dispel some of the myths surrounding empaths.

If you have ever been called spineless, feeble, fragile, hyper-sensitive, weak, temperamental, and melodramatic, chances are you constitute a unique group of individuals called empaths.

Empaths are a rarity, as only an estimated five percent of the population exhibit the qualities associated with empaths. What differentiates empaths from the rest of the population is their incredible ability to sense other people’s thoughts and emotions.
Empaths: Dispelling the Myths and Misconceptions

There are also some other interesting discoveries I made. I found another reptilian head that looks like a lizard. I found two more ships.
Shock Mars Pictures: Has a dinosaur been found on the Red Planet?