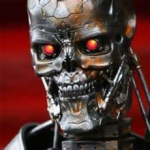 …examining to what degree they’re driving us towards utopia or oblivion; or both at the same time. Pausing occasionally to take a look at related issues during our journey across the robotic landscape of the present and near-future.
The Looming Robot Revolution

Consumerism is Heavily Nurtured by Corporations.
Here in the West, a lifestyle of unnecessary spending has been deliberately cultivated and nurtured in the public by big business. Companies in all kinds of industries have a huge stake in the public’s penchant to be frivolous with its spending, and in the documentary “The Corporation,” a marketing psychologist shows just how easy it is to increase sales by targeting nagging children, and the effect that nagging has on the parents’ spending.
The 40 Hour Work Week & More: How Culture Has Made Us “Hungry Ghosts”
I suspect the author didn’t mean fair in the sense that people are paid fairly, because the vast majority are not.

A while back I wrote “How TV Affects Your Brain Chemistry for the Worst,” and someone asked, “Don’t you mean for the worse?” No… the worst. I don’t mind getting called a Luddite or skittish about technology because I know TV’s effects in my own life, large parts of which that were evaporated by a flickering, vampiric screen. Such a blind trust in this “gift” to humanity really should have been questioned and cautioned early on. The writer Jerry Mander even predicted the “death culture” of television in the 1970s when he analyzed programming for his book Four Arguments for the Elimination of Television. He knew the magical, forceful will of manipulative imagery from the other side since he used those tricks as a top PR executive.
How TV Affects Your Brain Chemistry for the Worst Part 2

Reading Brent Swancer’s excellent new article – Speed Demons: Tales of Possessed Cars – made me think of a much under-appreciated aspect of the famous Rendlesham Forest UFO affair of December 1980. There is a story concerning the incident that isn’t focused on a possessed car, but on one that glowed. Okay, the two angles are significantly different. But the sheer weirdness linked to England’s most famous UFO encounter, and the direct tie-in with a very curious car, has prompted me to write this article.
The Glowing Car of Rendlesham Forest

Police should not rule out help from ‘clairvoyants and witches’ to find a missing person, according to draft guidelines for officers.

Instead of urging detectives to dismiss tip-offs from those claiming to have psychic powers, the advice recommends they proceed with caution and look into any new leads.

The College of Policing suggests that any information received from crystal balls or cauldrons be ‘evaluated in the context of the case’.
The medium blue line: Police told to use psychics and witches to help them solve crimes