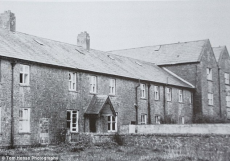 The bodies of five women who died at a home for unmarried mothers are believed to be buried in an unmarked mass grave with nearly 800 missing children, according to new research.

The single mothers, aged between 24 and 42, were inmates in the controversial Tuam institution run by the Bon Secours nuns in County Galway, Ireland, from 1925 to 1961.

The home made headlines around the world in June 2014 when the Irish Mail on Sunday revealed that no burial records existed for 796 children who died there – and prompted the establishment of a Commission of Investigation into Mother and Baby homes.
How five unmarried mothers were buried in an unmarked mass grave alongside 796 babies who went missing at Irish nuns’ Mother and Baby home of horrors

Well it’s not like we haven’t been warning about it.

The discovery of a ship that had been missing since 1846 has at least partially solved one of Canada’s favourite mysteries; what’s more, its location confirms the veracity of Inuit accounts that never squared with the accepted version of what happened.
The Inuit Were Right: Shipwreck Find Confirms 168-Year-Old Oral History

ott Drummond had been in the Air Force for eight years. It was 1994, and he was eligible to become a commissioned officer, the Air Force’s version of a manager. The average person gets the job after three interviews. Drummond interviewed 16 times over the next ten years before he got the job.

Looking back at his career, Drummond — now a director of inspections with the Indiana Air National Guard — can see that he lagged about ten years behind his peers as he rose through the ranks. At the time, he couldn’t figure out why. But today, at age 47, he attributes the gap to “starting slow and finishing strong,” thanks to his introverted nature. He knows he doesn’t have an outgoing, traditionally commanding personality — but he also knows that he is driven and qualified to lead. During group activities, he finds a corner and devises his own strategies. He “researches the crap out of everything” and creates detailed plans of action.

Drummond found a deeper understanding of his personality after watching Susan Cain’s TED Talk, “The power of introverts.” This talk has been watched nearly 12 million times since Cain gave it — and helped many introverts realize that being quiet is not only normal, but something to be celebrated.
A community for those who like to be alone, grown out of a blockbuster TED Talk

Her energy field doesn’t say she is as healed as she is bravely attempting to portray but for survivors, therapists and those who care, this interview with Monarch survivor, Kathy Collins, may be valuable. Kathy talks about her own realisations and what she has learned from her recovery and healing process. You can help her by just taking a moment to send the healing power of love to her.

Part Four of a series in which writer/director Jay Weidner offers insight into the themes featured in his new visionary film, The Last Avatar. In this episode, Jay speaks about how fear affects the light body, the off planet entities known in the Gnostic tradition as the archons , their effect on humanity, their impact on the mainstream media and how to transmute their negative influences.
Jay Weidner/ The Last Avatar IV- How to Defeat the Archons – The Power of Light

Am I supposed to feel sorry for those exposed by the Ashley Madison security breach? Well, I don’t.
It’s not a moral judgement on my part; it’s just always painful watching people posturing as wild freethinkers, unfettered by convention. To my mind, AM subscribers come across as faux-sexual libertines – too wussy, miserly and/or timid to either have a proper, full-blown affair or hire a sex worker. The irony is that most of the women on the site are now said to be (ta-da!) sex workers. Either that or photographs of fake-women, who don’t exist beyond their beguiling “sexually available” pixels.
Ashley Madison has a stupidity factor – men

Her murder-mystery books have sold two billion copies worldwide and her theatrical masterpieces have made her the most successful female playwright of all time.

Now, on the 125th anniversary of Agatha Christie’s birth, ten new plays by her have been unearthed by a British theatre producer.

Julius Green turned literary detective and tracked down five full-length and five one-act dramas that were previously-unknown or forgotten.

Unsurprisingly, from the queen of the detective novel, several are murder-mysteries. They include a 1945 stage adaptation of her 1944 popular novel, titled Towards Zero – not to be confused with an existing 1956 adaptation.

This is ‘an entirely different play’, Green said.
Agatha Christie and the mystery of 10 lost plays: Theatre producer uncovers new murder-mysteries after being granted access to archives